So. I have a big pile of films that I haven’t got round to watching because they variously looked bad, confusing, or just not as good as films that I could have watched instead. This is the second in the series of reviews of these films. 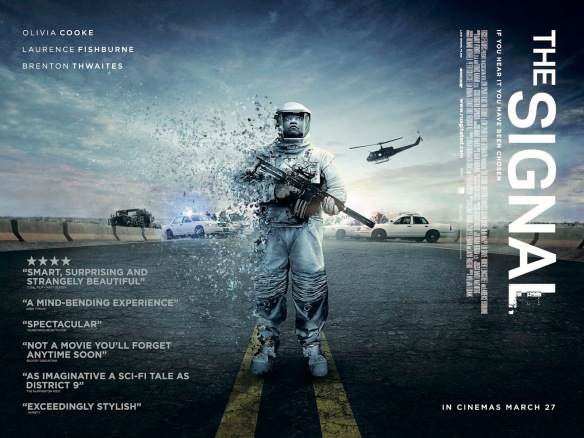 I went into this film knowing nothing about it, kind of live reviewing again.  We’ll see how it goes.

The opening establishes our characters as techy hacker types, one of whom is disabled. The director seems to be aware of the ridicule levelled at the portrayals of hackers in films such as, uh, Hackers, and so it involves some actually techy terms – like Defcon, IP and Linux.

OK, I’m actually moderately impressed that they bothered to do this, but still, we get the typical 2 minute hacking scene instead of 6 hours of two dudes drinking Mountain Dew and looking at 2 lines of code. Fair enough, compromise is important.

23 mins in: OK, I am officially gripped.  this film is actually good so far. The sound design, in particular, has been excellent throughout, setting a refreshingly minimalistic tone. The camera work supports the sound design, the teen romance elements haven’t been annoying, and suspense is definitely occurring. It’s going well so far.

Well! Just as I typed that last sentence and settled back…EMERGENCY!

Nothing’s ever easy is it? I finally find a good film and the downstairs neighbour’s burglar alarm goes off at maximum volume at a quarter to nine at night. We don’t know how we silenced it, only that it finally stopped. Emergency over.  Please resume watching films.

See? Blogging can be rough, man.

Hmm, it just occurred to me that a particularly loud signal interrupted my viewing of The Signal, just as they were starting to talk about ‘the’ signal. Signal-ception? Enough of that, back to the film….Or, perhaps not.

To be frank with you, this review really hasn’t turned out the way I thought it would.

I got completely into this film.  I enjoyed the pacing, I enjoyed the acting, and I thought it was well executed.  I’m actually not sure how I avoided hearing about it until now.  So, rather than go through it piece by piece as I had originally intended, I stopped typing and watched it properly.  Furthermore, I don’t want to reveal any of the plot – even with big fat spoiler tags on. If you want to know what happens, you should watch it.

This film is, in my opinion, very good. It is an interesting twist on the sci-fi genre, and as such deserves to sit alongside other excellent modern and slightly off-piste takes, like Moon. I think its kind of a nice mid way point between District 9 and Inception, certainly in terms of the aesthetics of the stranger things we get to see.

The ending is slightly left field, although it’s not like it’s that bit in Interstellar where Matthew McConaughey is rearranging time through a magical bookshelf. If you can handle that, you can handle this.  Either way,  I certainly didn’t see it coming, and I liked it.

I think you should watch this film. The sci-fi tag might put you off, but its a slow burner that plays with the genre enough to entertain people who might, for example, hate Star Trek.